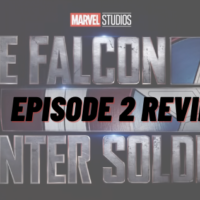 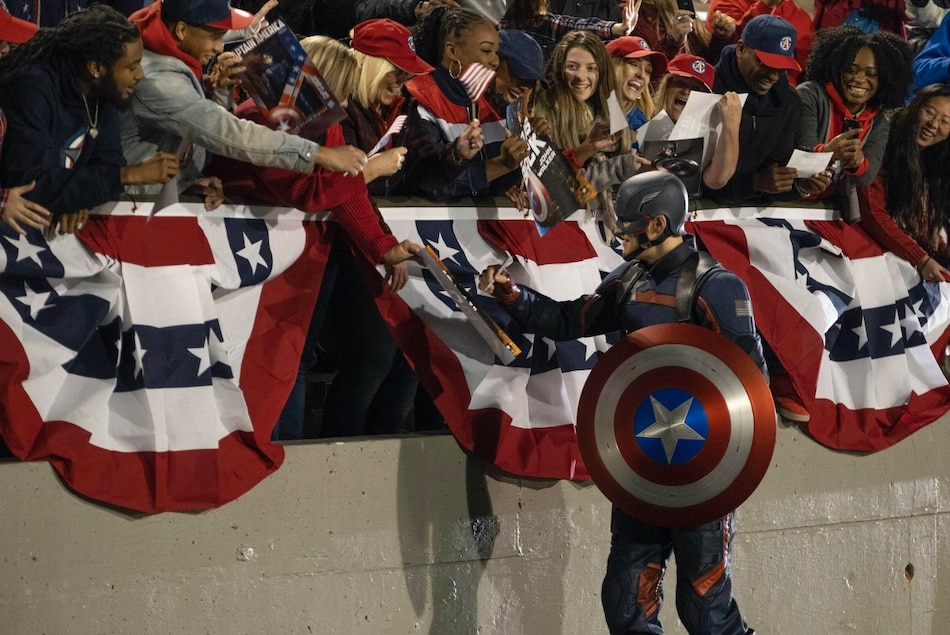 On Friday, March 26 Marvel released the second episode of The Falcon and the Winter soldier on Disney+. Here is a review of the episode. Spoilers ahead!

Let’s recap what happen, the episode opens with John Walker, a.k.a. the new Captain America we see him in his old high school locker room reflecting and preparing to present a speech as Captain America. However, John seems to be struggling with his new rule as Captain America, specifically the part, where you have to go around and parade yourself, like a gimmick, similarly to, when Steve Rogers himself felt like his role as Captain America should be more than just theatrical. The next scene, we see John parade onto the football field and give an interview with Good Morning America. But the scene, that follows is of Bucky on the floor of his apartment watching the interview extremely frustrated and aggravated of what he’s watching. After, we see Sam preparing to leave for another mission, which Bucky interrupts demanding that Sam reclaim the shield and preserved Steve’s legacy. This is the first time, we see them interact and they have a very fun banter. ultimately, Bucky decides to go with Sam to continue the conversation. However, the mission goes completely sideways and is interrupted by the new Captain America and his sidekick, which Sam and Bucky don’t to seem pleased about it.

Furthermore, what follows is more interaction between Bucky and Sam and the new captain America that seem to be a little passive aggressive towards Sam and Bucky. Specifically, this new captain America might have some thorns in his rose because he’s definitely not as sweet as he pretends to be. Also, we get a glimpse of this new terrorist group and who they are, essentially we understand that they’re just people, who felt like, when half the world was Gone there was more resources and more community among all the nations. Eventually, Bucky and Sam decide to go visit one of Bucky’s old enemies, who happens to be a black man, who was injected with the super serum the same as Captain America however this man was not awarded for his bravery and honour but instead was thrown in prison for 30 years. Obviously, this frustrates Sam, who felt like Bucky should’ve told him or told Steve about this but Bucky claimed that he didn’t want to cause more tension to this man, specifically because he has been through a lot. After,  we see Bucky  gets arrested for not attending one of his therapy sessions but the new captain America helps him get release. After, Sam and Bucky realize they need to go see Zemo for more information.

All in all, I don’t know this episode wasn’t bad I think the most interesting part about the episode was that banter between Bucky and Sam. Since, it was funny but also serious at times and I am excited to see more of that because I feel like that’s the part that’s gonna be the real heart of the show.