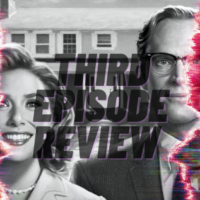 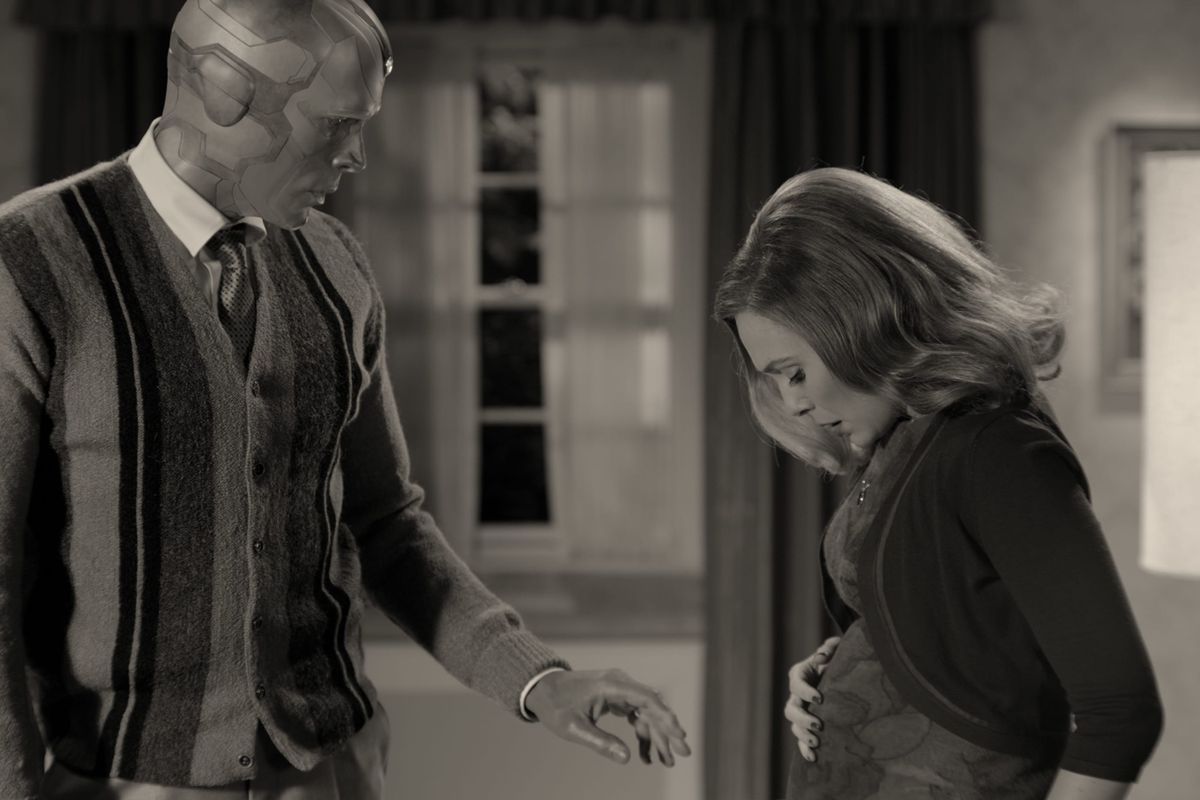 On January 22, 2021 Disney+ has released Marvels WandaVision episode 3. Additionally, for those didn’t catch the first episodes here’s what you need to know. Wanda and vision are living in a type of suburbia and have no recollection of how they got there and who they were prior to being there. Meanwhile, the show focusses on their lives and their interaction with their neighbours coworkers, etc. However, in a few instances we do get flashes that something isn’t right and there’s something abnormal going on. Ultimately, the show left off, where we find out Wanda is pregnant and a mystery new character lurks by.

Now back to the third episode spoilers ahead. The third episode is influenced by 1970s American television shows, like The Brady Bunch and Three’s Company. Furthermore, the shows opens with Wanda being pregnant, but both wander and vision question how in the first place did they get pregnant. In fact, our domestic Avengers even have a doctor come in, who confirms Wanda’s pregnancy and even states that Wanda is four months pregnant. However, throughout the episode Wanda seems to advance excessively rapid in her pregnancy under a short period of time, specifically less than 24 hours. But, the couple seems to be somewhat blissfully ignorant of the bizarre situation and proceeds in the accommodating for their baby. Meanwhile, we continue to get hints throughout the show that something isn’t right. For example, in the beginning of the episode, when vision points out to his neighbour that he’s cutting into the brick fence instead of the tree his neighbour acknowledges the information but continues to cut into the bricks as if he was zombified. Another example, is when vision mentions to Wanda something is wrong as they question whether or not their neighbours know their secret. However, just like the first episodes they just re-wine the scene, which brings us back to the scene prior, where the couple is blissfully happy to be expecting.

Ultimately, Wanda gives birth to two not one baby in a dramatic but comedic way with the help of her neighbour Geraldine. But after, the birth, as Wanda cares for her babies she seems to remember that she had a twin, surprisingly enough Geraldine seems to have knowledge as to what happened to Wanda’s twin brother, which causes Wanda to get angry. Meanwhile, vision has an interesting conversation with his neighbours, who seems to be acting suspiciously, while talking to each other. In fact, they even give a indirect warnings to vision about Geraldine. This leads vision to rush to Wanda side. However, we see Wanda hovering over her babies cribs joyfully without Geraldine. Thus, bringing Vision to questions the whereabouts of Geraldine, by which Wanda answers that Geraldine went home. However, in the next scene we see Geraldine flying cross the air going through some sort of magnetic fence pushed by a red energetic power wave similar to Wanda’s powers waves. Furthermore, in that same shot we see the aesthetics change to a more modern aesthetic, leadings us to believe we’re back to reality. Soon after, what looks to be military surrounds Geraldine, thus bringing the end of the episode.

In conclusion, this episode told us a lot more than the prior episodes. For instance, we know that some of the neighbours know a lot more than they’re letting on and Wanda seems to have a lot more knowledge of who she is and her past than vision. Ultimately, there is a lot of mystery left to unfold.