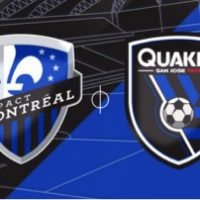 Hey soccer fans what has 6 letters and is back in action in less than a weeks’ time… that’s right you guessed it.. IMPACT! The Montreal Impact will kick off their 2019 MLS regular season in San Jose, CA at Avaya Stadium vs the San Jose Earthquakes. In his second season as Head coach Montreal’s Rémi Garde will be the man in charge of getting his team off on the right foot. As for the other side San Jose’s new head coach Matias Almeyda, who previously led Chivas de Guadalajara to the 2018 CONCACAF Champions League title looks to make a good first impression and lead the Earthquakes to a positive home debut.

The previous match between these teams had the Montreal coming out on top with a solid 2-0 victory. The Impact took an early lead in the first half with a goal from Midfielder Saphir Taider and despite getting some rough treatment from the San Jose’s defenders, ‘’Man of the Match’’ Ignacio Piatti had a fantastic all around game. He delivered a goal, an assist, as well as with a healthy dose of the skilful highlights which we’ve all come to love him for. 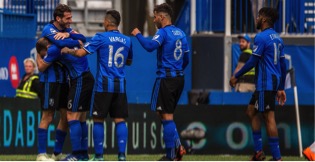 The Earthquakes haven’t had strong seasonal record, however they have won each of their four home openers at Avaya Stadium, including a 3-2 victory over Minnesota United FC in 2018. The Quakes have a 5-1-1 record in their last seven home openers, going back to 2012.

This should be a great game on both sides as the Impact look to start their season off strong and heading in the right direction.

Here is a list of other great games available during the Major League Soccer home opening weekend provided by the League:

All times are PST. Home teams listed first. Schedule is subject to change.